Oh my gosh, how good does this cake look? Even if I do say so myself!

For this recipe I had been toying with the idea of white chocolate and cinnamon for a really long time, just because it isn’t a flavour combination that I see around very much. Unlike a lot of people, I really like white chocolate in small amounts for its instant sweetness. I really enjoy it in cakes as it is a little more subtle and just adds a nice gentle flavour – especially with berries. Hence the strawberry perfectly placed on top. Cinnamon is one of those flavours that isn’t at all overpowering, although very poignant in flavour.

I decided to give it a go, but thought I would keep it simple with just a plain sponge cake in order to see if the flavours really work together. In all honestly, the flavour of the white chocolate mainly came through on the icing and drizzled chocolate on top, with a lovely taste of cinnamon coming from the sponge. I actually think this worked beautifully, with the balance being just about right. I can imagine this at a summer party, or having the girls over with Prosecco and a generous slice of cake. It is one of those that I think would pretty much please everybody, and would look very beautiful in the middle of a summer picnic or party spread. You could even add more berries around the edge for the ultimate summer masterpiece. I had the cake with lots of strawberries on the side which worked really well, especially when you drop a few into your Prosecco for a few minutes! 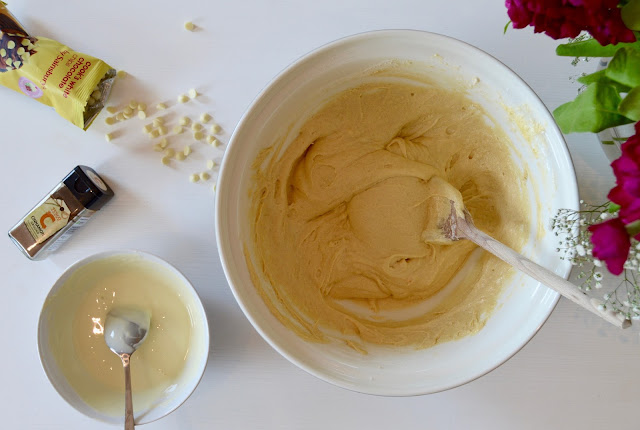 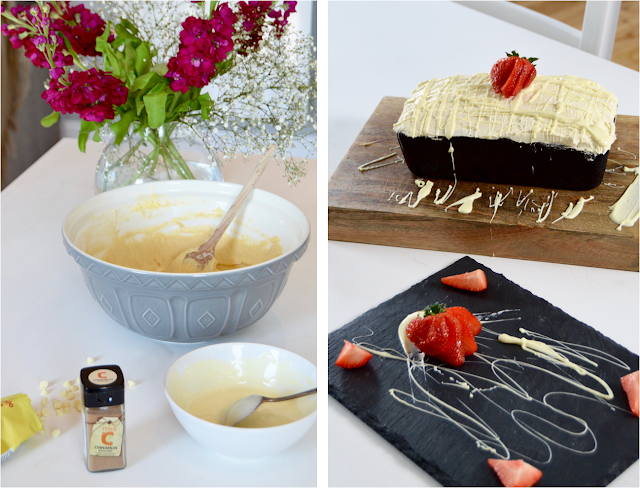 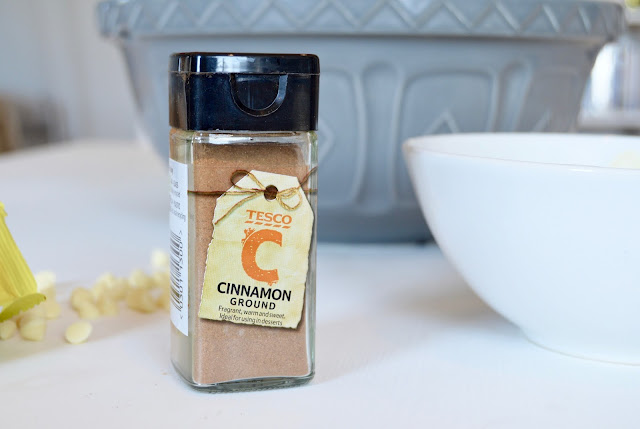 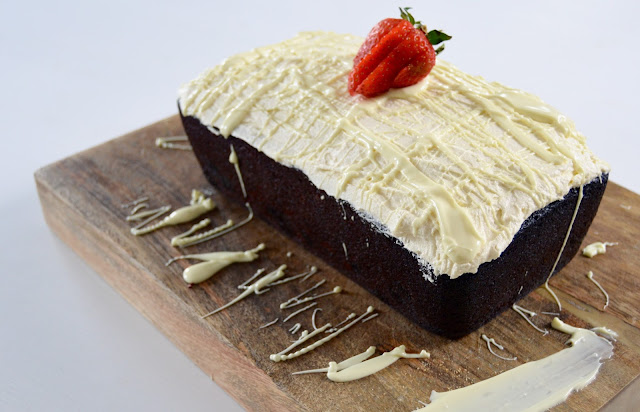 Start by pre-heating your oven to 200 degrees (180 fan). Grease a loaf tin with butter and preferably line with baking powder. I always use extra butter and don’t bother with the paper as it gets on my nerves, but it you’re not confident I would definitely use it.

Simmer some water in a small saucepan and melt the 400g white chocolate chips on top in a heat proof bowl. Once melted set aside to cool.

In a large mixing bowl, cream together the sugar and butter until smooth. Beat in the egg until smooth again. Through a sieve, add the flour and fold the whole mixture together. Add the cinnamon through the sieve as well, followed by the white chocolate once it is cool. Put the cake batter into the loaf tin and ensure the oven is heated up properly. Place the loaf tin into the oven and leave for about 30 minutes. Once 30 minutes has passed, check the cake. Put a skewer through the cake to see if it is cooked. If it is, take it out and leave to cool. If it isn’t, cover with foil and place back in the oven for 5-10 minutes. Repeat the process until cooked.

Take the loaf out of the tin in order for it to cool properly.

Place the icing on top of the loaf (making sure it is cooled completely), and spread out evenly. Drizzle over the remaining white chocolate and place berries as you please. 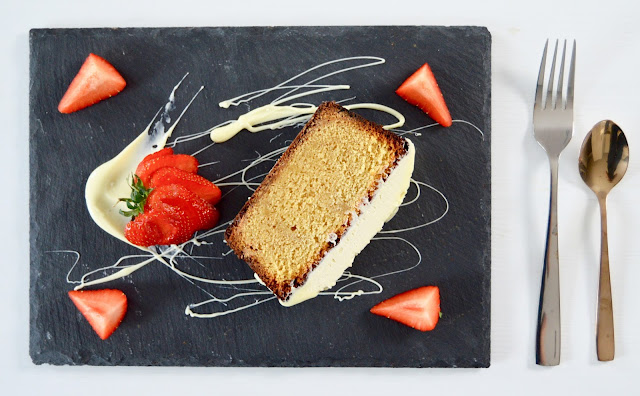 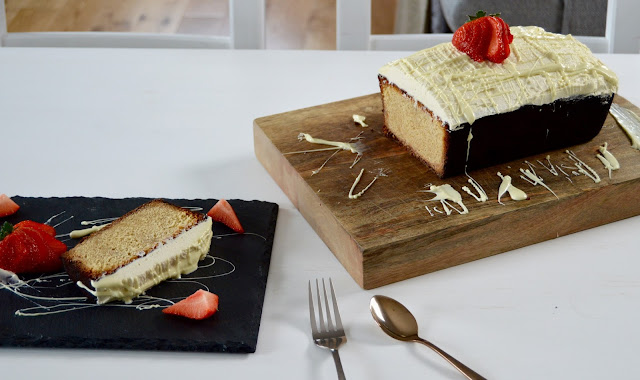 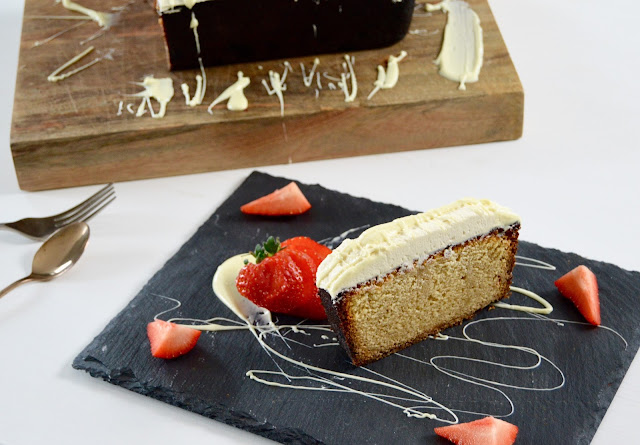 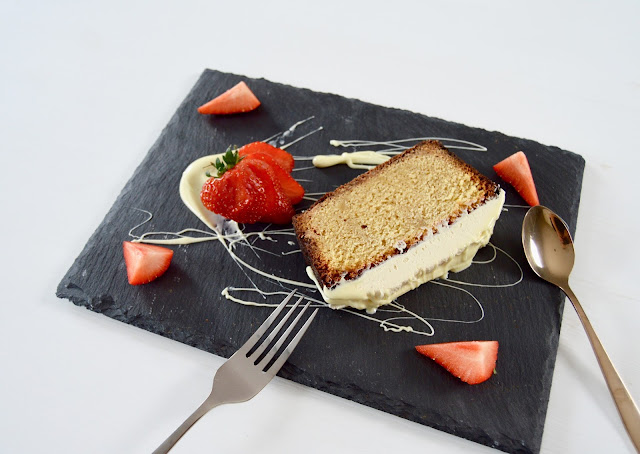 This recipe is my own.